Sept. '14: "Pray for a great revival to sweep through this country." 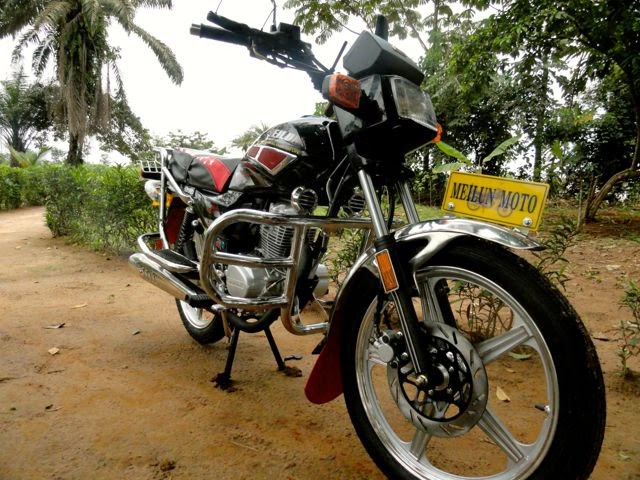 2 New Motor Bikes:
Our base in Maryland County has now doubled its outreach ability.  They went from 2 to 4 motor bikes.  The fruit of the bikes can be seen in our increase of towns visited in September, 187, which is the most ever.  We now have 13 motor bikes on the “road”.  The cost for the two new bikes was $1,900.
4,200 and 350,000:
We have acquired 4,200 Bibles and enough paper to print 350,000 pages of Bible training material.  The cost for the Bibles and paper was $1,850.
“How can Satan drive out Satan?”:
These are the words of Jesus in Mark 3:23.  In one of the villages we work in there were many unusual deaths.  The response of the village elders was to have the demons cast out.  An Ivorian refugee claimed that he could do it…for the right price.  So they paid him an outrageous sum of money and he came.  He stripped himself completely naked and had the people parade behind him through the village.  While in a trance he chanted and gyrated.  He claimed the demons were gone, ate well and left.  Oh, Liberia, I shake my head.  We are working on establishing disciples and a church in the village.  Our history proves that this method does drive out the demons.  The price … outrageous! … But, Christ paid it for them!  Amen. 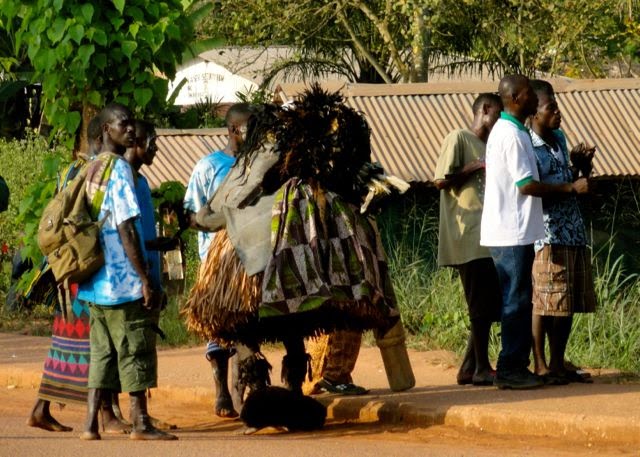 The disciples return with joy:
One of our teams went to a village, Gbayouga, and were met the local devil, dressed in his costume, in action.  No one was allowed outside.  After he left the people came out and our team started teaching about repentance and that they must stop their traditional religious practices.  One of the village elders, Gabriel Zoah, confessed that he was a part of a secret society that allowed no woman or an uninitiated male.  He said that they sacrificed bush animals and humans.  He repented and prayed for forgiveness.  He then went into his home and brought out his talismans and ritual tools.  They started a fire and burnt them.  He swore to leave the ways of the past and to never return to them.  Many rejoiced and have invited the team to return and teach them more about Jesus and His ways.
Giving up the Mask:
Another team went into a town preaching and teaching.  Many came to listen.  Afterwards one of the men said that his father had died and that he had inherited the mask.  The mask is what they call the costume that the devil wears.  He announced to those gathered that he renounced the mask and would never wear it again.  He said to those who were there that were a part of the society that he did not care what they did to him that he was through with the mask and the society.

Wordsower Bible Institute:
Our school has been closed.  The president has announced a State of Emergency.  All schools have been closed throughout the country to help to stop the spread of Ebola.  We do not know when the state of emergency will be lifted and schools allowed to reopen. 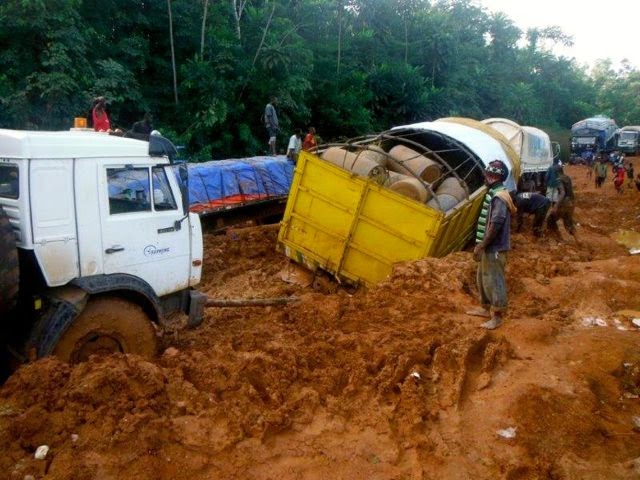 Prayer requests:
We need prayer that we get our supplies that are on transport trucks traveling from Monrovia to Zwedru.  On my way to Zwedru from Monrovia trucks were littered along the road.  Some were stuck, some broke down, some lying on their side, some skeletons of past failures.  I know I passed over 50-70 trucks that fit one those descriptions.  Pray our trucks will make it through and our supplies not damaged.
Pray for Liberia!  Pray that this Ebola plague will bring many to repentance and salvation.  Pray for a great revival to sweep through this country.  Pray for a healthy church in every village in our generation, that every Liberian can walk small and find a healthy church.   Please make this prayer part of your daily prayers.

5 great questions of life:
What keeps us from going deep into these crucial questions?  What eats our time and keeps us from the important quest for the answers.  Things like the pursuit of money, possessions, career, the demands of others, entertainment, pleasure, hobbies, and other loves all consume our limited time and hearts.  The smoke and noise of the American dream and the world can distract us from the truly important.  They drown out the still small voice of God.  I want to cast off these distractions, these things that consume my time and heart and live for what is truly important, walking the path He has designated for me.  To live as God created for me, Kim Smith, to live.
I want the answers to these questions.  This is a pearl of great price.  The answers to the first three questions are not subjective but are truth; they are the same for all.  But, how we live the truth will be different for all.  We were created to live united with God our creator.  Living in Him we will find the plans He has for us.  In Him we will also find our value, joy, contentment, peace, happiness and fulfillment.   We may be able to grasp some of these, for a time outside the will of God.  But, they will be shallow, fleeting and crumble for they will be built on a faulty foundation, Matt 7:24-27, 1 Cor 3:12-15, 2 Tim 2:20-21.
Sins, idols, addictions, bondages, past disappointments, unreleased hurts and hates can consume our passion and time.  Stealing from us the life God has desired for us.  These can be cruel, life sucking, dictators.   The insignificant robing us of the significant.  God has created me and each of us for great significance.  There are no common people.  We are all unique with each assigned a specific task, 1 Cor 3:5.
The answers to these questions are of utmost importance more important than our careers and possessions more important than even bread or water.
Jn 6:27, “Do not work for food that spoils, but for food that endures to eternal life, which the Son of Man will give you.”
Jn 6:35, “Then Jesus declared, “I am the bread of life. He who comes to me will never go hungry, and he who believes in me will never be thirsty.  I tell you the truth, he who believes has everlasting life.  I am the bread of life.  Your forefathers ate the manna in the desert, yet they died.  But here is the bread that comes down from heaven, which a man may eat and not die.  I am the living bread that came down from heaven. If anyone eats of this bread, he will live forever. “
Jn 4:11, “Sir,” the woman said, … “Where can you get this living water?...  Jesus answered, “Everyone who drinks this water [the water from a well] will be thirsty again, but whoever drinks the water I give him will never thirst. Indeed, the water I give him will become in him a spring of water welling up to eternal life.”
Posted by Wordsower International at 12:37 PM No comments: