The Lamb's War in Liberia

Welcome to the Lamb’s War in Liberia
Hello,
It has been a long time since I have sent out a blog or communicated.  As the Liberians say, “It is not easy here.”  I am just regaining strength for a simultaneous combination of Malaria, Typhoid, worms and a cold.  For at least a week I was on my back.
WSL has been going through tough times.  As reported before, we had one of our original board members embezzle about $4,000 of donor’s money, your money that was donated for building the kingdom of God in Liberia.  Fortunately one of our donors made a donation of $4,000 to cover the loss.
WSL has been “shut down” for a couple months as we are continuing to make and assess audits of our books checking to see if there is other corruption with other leaders.  I am greatly distressed and shamed that donor money has been stolen.  We are in the process of producing better accounting methods and safeguards.  Through it all, many of our leaders have gone on foot to work in their “Jerusalem”, or found gas to take them back into the field.
Liberia is a tough, worthy country to work in!  Last year the international community stated that Liberia ranked in the top two for being the most corrupt nation in the World and also it was in the top two for being the most miserable country to live in.   This year Gallop Poll stated that Liberia was the most unsafe, dangerous, country to live in out of 140 countries that they surveyed.  I also read that the rating given to Liberia in their ability to provide protection for their children was a 0.  This is a worthy country to commit one’s life to for His church, to commit to bringing them the Gospel of our Lord and Savior.
Examples of the danger of this country from just this week in my community:  Our next door neighbors left there young boy in the house for the evening.  A thief broke in with a machete.  Went into the bedroom threatened the boy, took the mattress the boy was on and stole whatever else he wanted.  The next night the pregnant woman, in the same house, was sleeping on the floor, her man was working security.  Another thief entered, threatened her with a machete, and took more.  As he left he used the machete to chop up her garden.  Another neighbor had metal bars on his window.  He went to work.  When he returned they had cut the bars with a hack saw and stole.  In Zwedru, where we live, a mother left her crawling baby in the back of the house while she went to the front of the house.  A thief grabbed the baby and put it in a bag.  A neighbor observed him and yelled.  The thief threw the bag and ran.  All the thieves escaped none are in jail.  This is a dangerous, unsafe country. 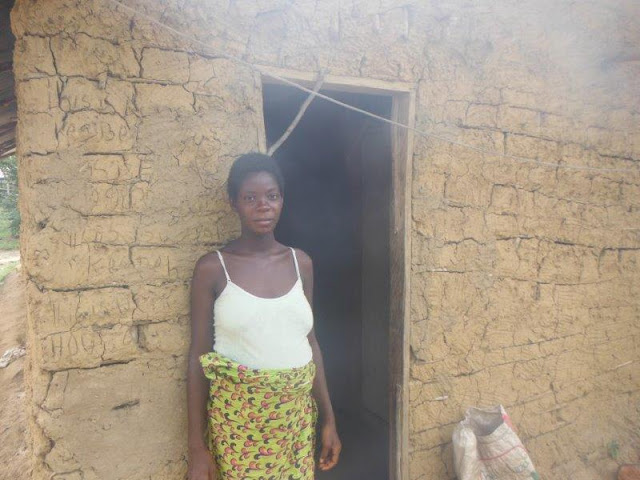 Louise is pregnant.  Last week a thief broke in at night, threatened her with a machete and stole all he wanted.

Jason Nightingale my friend and mentor heard about the problems we are having.  This is what he said about our situation:
“WELCOME TO THE LAMB'S WAR. (Pardon the sixteenth century Quaker terminology.) After reading all your observations, on the doings in Liberia, I can see the evidence of War all around: Grand visions of victory unfulfilled. Casualty counts higher than expected. Weapons seen to be ineffective.  Feelings and relationships hurt and strained. A short war expected with the reality being a long drawn out conflict. Apparent waste of money and resources. Reputations damaged or destroyed. The fog of war, where nothing is as it seems. The general's strategy questioned.  Apparent allies being enemies.  Combatants fighting for the wrong goals. Yep WAR.”
We are in war.  The enemy is fighting back.  But we are not quitting.

I am reminded of the verses in Matt 9:35-38, “Jesus went through all the towns and villages, teaching in their synagogues, preaching the good news of the kingdom and healing every disease and sickness.  When he saw the crowds, he had compassion on them, because they were harassed and helpless, like sheep without a shepherd. Then he said to his disciples, “The harvest is plentiful but the workers are few.  Ask the Lord of the harvest, therefore, to send out workers into his harvest field.”  These verses apply to Liberia.  I have prayed this prayer 100’s of times, “Lord I pray for Liberia.  I pray for you Holy Spirit to sweep through this land.  I pray for a great revival.  I pray that we will see, in my life time, a healthy church in every village of Liberia.  I pray that you will use me to help make this happen.”  Please join me in also making this one of your regular prayers for Liberia.

For years I have gone throughout the villages, towns, cities, drug houses and bars.  I see it; it screams that they are harassed and helpless, like sheep without a shepherd.   Also, everywhere I go I have an audience that listens intently.  Our leaders and I report that the harvest is truly plentiful but needs so many more harvesters. 1000’s are dying and going into a Christ-less eternity here in Liberia. They beg for us to come into their communities and beg for us to return.  Churchless villages are begging for churches!  Even with communities that have churches most are unhealthy.  These villages and towns also cry for the true church.  False teaching is rampant throughout the churches here.  If we, through Christ, could rise up 100-200-1000 true pastors we could start as many churches!  There is no doubt about that!   We must pray for harvesters.  We must, united with Christ, to the best of our ability, rise up evangelists, church planters, elders, and pastors who will reach Liberia with His Gospel.


Posted by Wordsower International at 7:36 AM No comments: