16 - Total counties we ministered in Liberia and Ivory Coast.

134 - Total communities/villages/towns/cities we ministered in

7 - Churches we visited and worked with

3 - Community Radio stations we are broadcasting from

The above report is made possible by a united sacrificial team here and abroad. Only in the unity of us all can the above be a reality and even increase. We have spread across Liberia and are in the neighboring countries where we train, disciple and church plant. We use many different weapons as we advance the Kingdom of God within the strongholds of Satan.

The below, 2 ½ minute, video is part of the training we do as we prepare and send out disciples.  Our Lord trained, empowered and sent His disciples.  We follow His example.  Our students attend 4 levels of training each is 70 hours.  Matthew 28:18-20 our Lord commands His disciples to Go, Make disciples, Baptize and Teach.  Well, you can’t learn to baptize without getting wet!  In this video they are doing real baptisms and serving communion.  They are sent out trained and empowered. 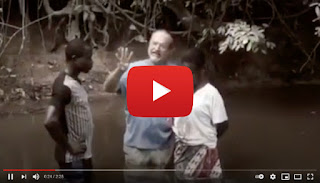 Watch on YouTube
The, 2 ½ -minute, video is of our 12-year anniversary.  Wordsower Africa (formerly Wordsower Liberia) has been in existence for 12 years.  This is the first time we have celebrated our anniversary.  People came from 8 counties and 2 countries. 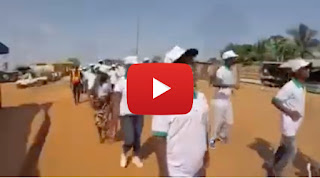 Watch on YouTube
This month I want to highlight our leaders and disciples.  Most of our disciples have about 3 – 6 grade education, only a few have passed high school, many can’t even read.  All are extremely poor!!  Almost none are employed.  The total accumulated wealth of each, for the majority, is $100 - $1,000.  Their waking concern is food, medical, rent and the education of their children. Yet, as I think about them, with the greatest honor and respect. the verses below exemplify them. 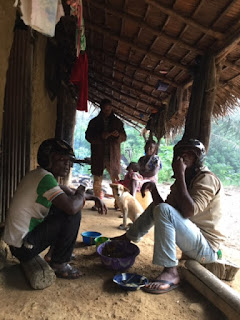 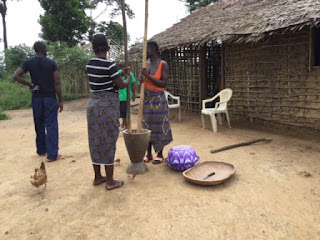 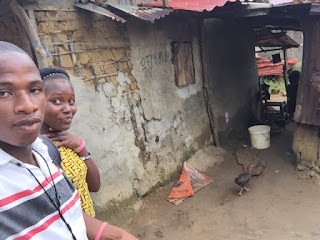 Our leaders are so much like Peter and John.  Peter according to church history was illiterate, and John was only a little more educated.  They were very poor, in Acts 3:6, Peter and John were together and Peter said to the lame beggar, “Silver or gold I do not have, but what I have I give you. In the name of Jesus Christ of Nazareth, walk.”  Great faith accompanied their poverty and limited education.  And courage, they stood and defied the Sanhedrin the same religious rulers that had just crucified Christ.  The Sanhedrin, “saw the courage of Peter and John and realized that they were unschooled, ordinary men, they were astonished and they took note that these men had been with Jesus.” Acts 4:13.  Our leaders have defied false religious leaders and been threatened with death, been beaten, one was beaten and stripped naked.
“Listen, my dear brothers: Has not God chosen those who are poor in the eyes of the world to be rich in faith and to inherit the kingdom he promised those who love him?  They are poor in worldly wealth and possessions but are rich in faith!” Jas 2:5.  I will, with joy, exchange the riches of the world for the rich faith I see in them.
1 Cor 1:26-28 “Brothers, think of what you were when you were called.  Not many of you were wise by human standards; not many were influential; not many were of noble birth.  But God chose the foolish things of the world to shame the wise; God chose the weak things of the world to shame the strong.  He chose the lowly things of this world and the despised things… to nullify the things that are.”  These passages are our leaders defined.  They go out to the resistant, remote unreached peoples and “Nullify the things that are,” by destroying the strongholds of Satan.
“As servants of God we commend ourselves in every way: in great endurance; in troubles, hardships and distresses; in beatings; in hard work, sleepless nights and hunger… with weapons of righteousness in the right hand and in the left; through glory and dishonor, bad report and good report; genuine, yet regarded as impostors; known, yet regarded as unknown; dying, and yet we live on; beaten, and yet not killed; sorrowful, yet always rejoicing; poor, yet making many rich; having nothing, and yet possessing everything.” 2 Cor 6:4-10. The extreme sacrifice, suffering, hardships, and the terrible pain we endure is overshadowed by our joy, contentment and lasting fruit.  Psalms 126:6 says, “He who goes out weeping, carrying seed to sow, will return with songs of joy, carrying sheaves with him.”
Recently 2 separate mission teams drove over 20 hours straight on dangerous bad roads, in rain.  They laid in the bush to sleep a little before continuing several more hours on the bikes. No bug repellant, no bed roll, they just lay directly on the ground in the bush.  All of us have scars, wreaked, been damaged, most have had broken bones heal without medical assistance, all been scared by muffler burns and wreaks. All have been hungry, sick, fevered, slept on the ground, yet returned filled with joy!  Rejoicing that we have been chosen. We stitch our own when cut, we treat the wounds and provide medicine for the sick.  None have ever said, “No more, it is too hard, I quit.”  Just the opposite not only do they return, with increased passion, when able, but they bring others to join in the mission.   There are very, very few from the first world nations that would volunteer to work beside them.  They are special, ordained, anointed warriors.
Acts 17:26, “From one man he made every nation of men, that they should inhabit the whole earth; and he determined the times set for them and the exact places where they should live.”  Sometimes I think of God as a strategic general of war who sends His best soldiers into the toughest battles, challenges and environments.  These here, who are poor, weak and uneducated have been especially chosen by our Lord to be in Liberia at this time for such a time as this.  I am amazed, honored, humbled and privileged to be beside these gallant chosen warriors. 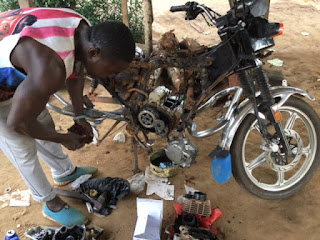 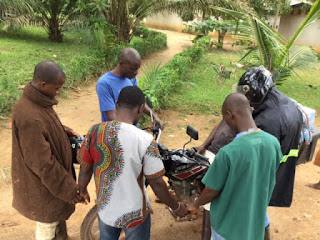 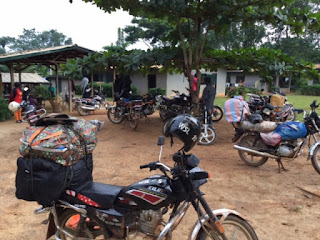 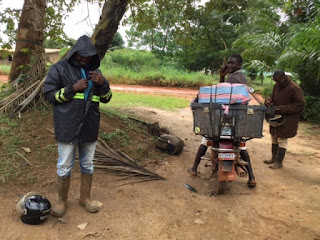 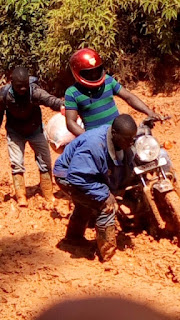 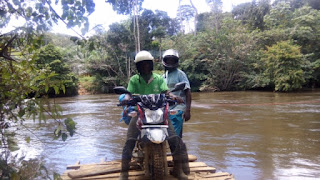 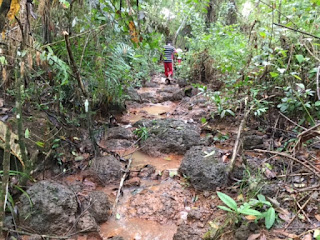 100% of all donations go to the mission. None is used for administration. Tax-deductible receipts will be sent each January.
Click here to donate online

Check Donations:
Please make checks payable to the “Woodside Vision Foundation” designating “Wordsower Africa” on the memo line of the check. Please include your name and address for the receipt, if the information is not already on the check. Mail to:
Woodside Vision Foundation
6600 Rochester Road
Troy Michigan 48085
If you have questions or problems with donations or want to contact me, Kim Smith, then
email me at kimlogansmith1957@gmail.com. I’m also available on the app called Whatsapp, the contact number is +231881344417