The above report is made possible by a united sacrificial team here and abroad.  Only in the unity of us all can the above be a reality and even increase.  Looking at the above report you see that we are busy.  We have spread across this country and into the neighboring countries where we train, disciple and church plant.

This video, less than 2 minutes long, below is Part 2 of Juniors accident.  It shows him back on mission: 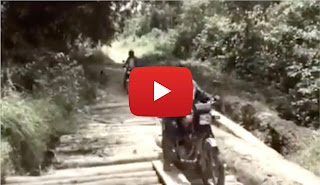 Watch this video on YouTube
“Brethren, my heart's desire and prayer to God for Israel is that they may be saved. For I bear them witness that they have a zeal for God, but not according to knowledge.” Romans 10:1-2.  Paul spoke this about his people the Jews.  This is ever so true here in Liberia also.  They have a great desire for God, they have great zeal and passion.  But, it is not based on good knowledge or interpretation of scripture.  Most of the villages and towns of Liberia are remote.  Few spiritual leaders have had an opportunity to get Bible training and it shows.  The leaders want training and are continuously requesting us to come to them.  We go throughout Liberia doing 1, 2, 3, and 6 day conferences for leader trainings.  This month we had 8 conferences teaching 56 leaders from 40 different churches.
Wordsower Liberia changed its name, a few months ago, to Wordsower Africa.  Our Lord has expanded our territory.  We are now in the neighboring countries.  In West Africa, there are 393 unreached tribes of 147 million people.  We, His Church, have been commanded to go, to bring His gospel, to every tribe, language, nation and people.  Liberia is strategically located in the center of West Africa.  We are becoming a training and sending hub to the unreached tribes of West Africa.  In less than 6 months we should have indigenous missionary teams ministering to all 5 unreached tribes of Liberia.  We now have a team in Ivory Coast.  They have 36 unreached tribes of 7.3 million.  Level 4 class at our Bible Institute is now in session.  53 Students are in attendance.  The class title is “Going as a Missionary”.  Most of the students are wanting to be sent to the unreached tribes as indigenous missionaries.
Grand Capemont County team has been in operation for about 2 years.  They are working with the Vai and Gola unreached tribes.  They are in many of their villages evangelizing.  Several Muslims have become Christian and are now being discipled.  Small discipleship groups have been formed by former Muslims.  We just sent a new family as reinforcements to the Capemont team.  The below video, less than 3 minutes long, shows the Capemont team in action: 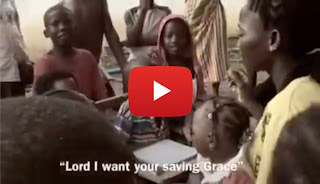 Watch this video on YouTube
Lofa County team report: Our indigenous missionary team, 3 families and a single male, is fully funded for the first 6 months. Their base secured.  It was the hand of God.  As we were entering Voinjama, the capital of Lofa County, I saw a compound and said to Solomon, our team leader, that place would be perfect!  The next day he went there.  Only one family was in the compound and they were moving out in 2 days.  He contacted the owner, he agreed to lease it to us at $150 a month.  The team is now going to purchase 2 new motorbikes and will be going to their new base the first week of October.  The families will come a month or so later when the road is good enough for cars.  Their mission is two major unreached tribes, the Mandingo and the Maninka both are 0.02% Christian.  There are other tribes also that are unreached that they will be working with.
Gbapolu County team report: Our Gbapolu indigenous missionary team is also fully funded for the first 6 months and is preparing to be on site in February. They are going to the Loma and Bandi unreached tribes.
October 10, we are sending out spies to go into Sierra Leone to the Temne-Banta tribe.  Joshua project, (joshuaproject.net) states that there are 0.00% Christians in that tribe.  This team is not yet funded (This is an opportunity for a church, small group or individual to directly participant in reaching a Christian-less unreached tribe!).  After 3-5 weeks with the tribe they will return and give a report.  We expect that in February they will return and start a base among the Temne-Banta.  Sierra Leone has 11 unreached tribes of 1.39 million.  Several of these tribes are less than 0.50% Evangelical Christian.  The Kuranko tribe, in Sierra Leone, is also listed as 0.00% Christian.
Ivory Coast indigenous missionary team is now training disciples and church leaders with the vision of sending teams into their unreached tribes, there are 36 unreached tribes of 7.3 million souls.
Praise God!  We have leased the mostly unused Nazarene building adjacent to us for $100 a month for a year.  This building will temporarily take care of our Bible Institute housing and school needs.  We did not have enough space for our student housing and we were overcrowded in our school room.  We have room on our property to build additional housing and a larger school class room.  We expect to start construction on a student housing building in October.
New radio station.  We are funding the broadcast of another radio station in the remote county of River Gee.  It is being well received.  Radio is another powerful weapon for teaching.  It can go to thousands in remote hard to reach villages.
Participate with us in praise and prayer:
100% of all donations go to the mission. None is used for administration. Tax-deductible receipts will be sent each January.
Click here to donate online

Check Donations:
Please make checks payable to the “Woodside Vision Foundation” designating “Wordsower Africa” on the memo line of the check. Please include your name and address for the receipt, if the information is not already on the check. Mail to:
Woodside Vision Foundation
6600 Rochester Road
Troy Michigan 48085
If you have questions or problems with donations or want to contact me, Kim Smith, then
email me at kimlogansmith1957@gmail.com. I’m also available on the app called Whatsapp, the contact number is +231881344417
Financial Report for September:
Summary of expenses:
$970 - Staff support for 6 employees
$624 - $30 support each for 24 disciple leaders spread throughout Liberia
$539 - Assistance to the poor includes rent, medicine, water pump parts etc.
$651 - Radio Ministry
$605 - Base Expenses. Covers food cost for the team, visitors and maintenance on the base
$2,293 - Mission; teams that are sent out to preach and teach
$2,481 - Capemont Missionary team is reaching 2 unreached Muslim tribes
$280 – Lofa County missionary team is reaching 2 unreached Muslim tribes
$47 - Printing press supplies and labor
$701 - Motorbike maintenance and repairs
$1,073 - Gas for bikes and generators
$80 - Adult Literacy
$42 – Optical
$700 – Level 3 Wordsower Bible Institute, Zwedru
$624 - Level 4 Wordsower Bible Institute, Zwedru (additional expenses will be included in next months report)
$776 - Level 1 Wordsower Bible Institute, Grand Kru County
$340 - Ivory Coast base (because of issues transferring money we could not get them their regular support)
Total: $12,826
Posted by Branton Hoblit at 10:55 AM