4 - Countries: Ivory Coast, Sierra Leone, Guinea and Liberia
7 - Bases - 4 in Liberia (Zwedru, Grand Gedeh County; Sinje, Grand Capemont County, Voinjama, Lofa County and Gbarpolu County), 1 base in Ivory Coast, 1 base in Sierra Leone, 1 base in Guinea
25 - Total counties we ministered in
354 - Total communities/villages/towns/cities we ministered in
147 - Total mission trips
580 - Persons were baptized
37 - Attended Wordsower Bible Institute, level 2, 1-week class in River Cess County
45 - Attended Wordsower Bible Institute, level 1, 1-week class in Grand Bassa County
38 - Churches where we did leader trainings
8,189 - Viewed the Jesus Film, 53 locations and 61 times shown
614 - Attended our 1-3 day trainings in 7 locations
4 - Broadcasting on community radio stations
14 - Dental patients, 15 teeth pulled
13 - Adult literacy school
58,000 - Copies printed, 638 booklets made (English)
Our on-site leaders, the donations of churches, and individuals from abroad are bringing in a great harvest. We need the unity of His Church, to accomplish his command, to reach the world. Thank you for your love, faith and for sacrificing with us.
We go on hundreds of missions each month. They bring hundreds of testimonies. I could write page after page of wonderful testimonies. It pains me to leave out so many good testimonies. At the end of his book, John wrote, “Jesus did many other things as well. If every one of them were written down, I suppose that even the whole world would not have room for the books that would be written.” John 21:25. I know how he felt.

Training the Next Generation of American Missionaries

Woodside Bible Church in Michigan has the vision of sending out 100 missionaries. They send us those “feeling the call”.  Wordsower Africa helps them to “confirm their call.” We are also known as “Wordsower Boot Camp.” So, let me introduce our two new interns, Samantha Lloyd and Hanna Pittman. Samantha attends the Pontiac campus of Woodside Bible Church and Moody Bible Institute in Chicago. She is studying to become a missionary. Hanna also attends Moody Bible Institute and is studying to be a missionary. They arrived on June 1 and will be with us here for 3 months. Then they fly from Liberia to Bahrain to study with another Woodside Missionary and will stay with her 4 months. Their example of faith, hope, love and sacrifice should inspire men and women of all ages. Inspiring others to join in the command of Christ for His Church to reach every tongue, language, and tribe with the gospel. Below is a video, less then 3 minutes, they made of their first month here. 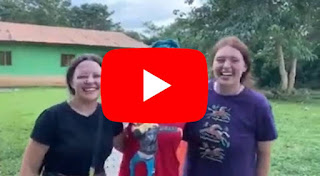 Sierra Leone Baptized 547 in One Month!!!

Our Lord is causing our Bikes to Breakdown!!!

Our Guinea Base is Open and Harvesting

Our Guinea base has been in operation for a couple months. Eric, our base leader, brought his family. Two days on the road, in the rainy season, is not easy. He left behind his home and business. The pictures show faith, hope, love and sacrifice in action. 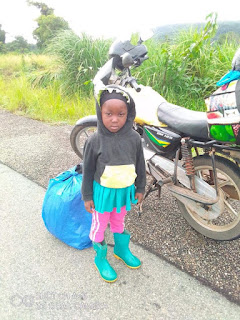 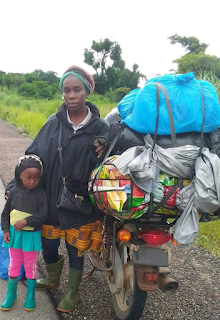 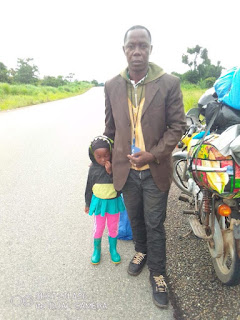 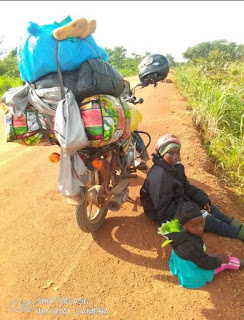 The video below, less then a minute, is of Eric baptizing a former Muslim. No Muslim of an unreached tribe makes this decision casually. He knows that, now, he will be persecuted, rejected by his family, community and tribe. He knows his life dreams have been destroyed. Listen as he renounces everything he once thought to be true. Listen as he confesses Christ as God. 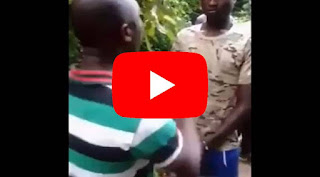 Wordsower Bible Institute is on the Road 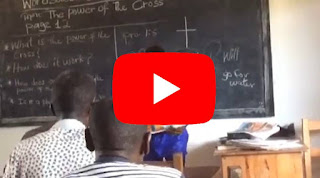 “Our team went to River Cess County, Liberia, for a 5-day mission. After the second day seven people gave their lives to Christ. One of them was a 70-year-old man. He confessed that he had been powerful in witchcraft for 15 years. He brought his amulets and charms for us to burn. After burning them, we went down to the water and baptized him.” “Many of those who believed now came and openly confessed what they had done. A number who had practiced sorcery brought their scrolls together and burned them publicly… In this way the word of the Lord spread widely and grew in power.” Acts 19:18-20.
“Today we baptized an entire family. They were a Muslim family from an unreached tribe who had been going through our Bible study program. They confessed Christ as their God and Savior and renounced Islam.” “At that hour of the night the jailer took them and washed their wounds; then immediately he and all his household were baptized.” Acts 16:33. “The Lord opened her heart to respond to Paul’s message. When she and the members of her household were baptized, she invited us to her home.” Acts 16:14-15. 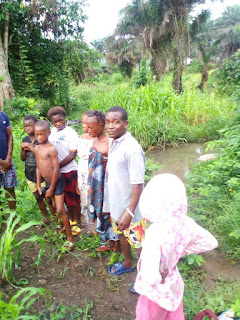 100% of all donations go to the mission. None is used for administration. Tax-deductible receipts will be sent each January.
Click here to donate online and select "PARTNERSHIP - WORDSOWER AFRICA"
Check Donations:
Please make checks payable to the “Woodside Vision Foundation” designating “Wordsower Africa” on the memo line of the check. Please include your name and address for the receipt, if the information is not already on the check. Mail to:
Woodside Vision Foundation
6600 Rochester Road
Troy Michigan 48085
If you have questions or problems with donations or want to contact me, Kim Smith, then
email me at kimlogansmith1957@gmail.com. I’m also available on the app called Whatsapp, the contact number is +231881344417

Summary of financial report for June: