Our on-site leaders and the donations of churches and individuals from abroad are bringing in a great harvest. We need the unity of us all, His Church, to accomplish his command to reach the world. Thank you for your love, and faith and for sacrificing with us.

“Then Jesus came to them and said, “All authority in heaven and on earth has been given to me. Therefore, go and make disciples of all nations, baptizing them in the name of the Father and of the Son and of the Holy Spirit, and teaching them to obey everything I have commanded you. And surely, I am with you always, to the very end of the age.” Matthew 28:18-20.

We are to go, make disciples of all nations, baptize, and teach the new disciples the word of God and to obey it. It is a process. All components are essential. Go for us means: to go to the lost, to evangelize. Last month we baptized 580 people. Most were from Muslim unreached tribes. The 580 that confessed belief in the gospel of Christ, repented of their sins and were baptized. Now our assignment is to disciple these converts. Recently we have started 5 new fellowships in towns of Muslim unreached tribes and are starting to construct church buildings for them to meet in.

Imagine for unknown generations these closed, resistant, unreached tribes have now flung the door wide open. This is the work of the Holy Spirit. It is His timing. We have a team that advances and a team that comes from behind to unite the new converts into fellowships. We are making an effort to slow our advancement so that we can focus more on discipling. Yet we are constantly receiving invitations to enter other towns and villages of these tribes. In every community we enter there are salvations.

Acts 16:6, says, “Having been kept by the Holy Spirit from preaching the word in the province of Asia.” Paul, one of the greatest missionaries in history, was kept by the Holy Spirit, from entering the Province of Asia. But later in Acts 19:8-10, it says, “Paul entered the synagogue and spoke boldly there for three months… He took the disciples with him and had discussions daily in the lecture hall of Tyrannus. This went on for two years, so that all the Jews and Greeks who lived in the province of Asia heard the word of the Lord.” I’ve been told that the Province of Asia was about the size of three Kentucky’s. When the time was right the Holy Spirit opened the doors wide and there was a great revival that swept through the province. In two years, they reached the whole province, the size of three Kentucky’s. The province consisted entirely of unreached tribes. Let us pray for a reoccurrence of this Acts 19 passage.

Our indigenous missionary team in Sierra Leone is seeing a powerful advancement of the gospel. Sierra Leone is in an upheaval. The political opposition is creating unrest. As they marched in the capital city, the police fired into the crowd killing many. Osman, our new young disciple, was in the crowd and was one of those who was shot and killed. He was about to graduate from the university. Our team is in a dangerous place. Their base is in the center of those of the opposition. A common response of governments is to go into these centers of opposition and do violent mass destruction. Pray for our team and the family of the lost disciple.

Starting churches and assisting in the constructing of their buildings:

Commonly we will start by entering a churchless village/town, introduce ourselves to the Chief and ask for permission to show the Jesus Film. We have never received a “no” to our request. The chief, elders and residents are eager to view, a never before seen, big screen show in their language. Before showing we go door to door informing the people and giving a short testimony of Christ. After the show there are always salvations. Then come the baptisms. From the baptized we form a fellowship of believers for discipleship. Which is the birth of a house church. Later we assist them with a building roof. They will do the walls, windows and doors.  The picture below is of a newly formed, overcrowded house church. The other is of an existing church. We have started to cut the wood for both of their roofs. 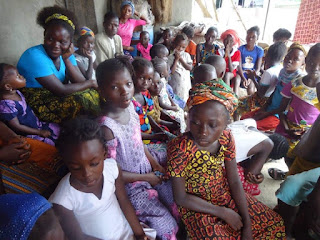 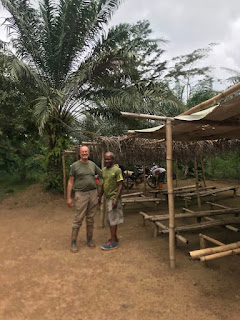 One reason a community is unreached is because they are hard to reach:

The short, 1 minute, video below shows the “roads” we use. Almost always a few, on our bases, are hobbling around because of an injury. Obed, one of our field leaders, is now resting on our base from an accident. He received 11 stitches across his lower abdomen from an accident (if he was in America, they would have put in twice that many). 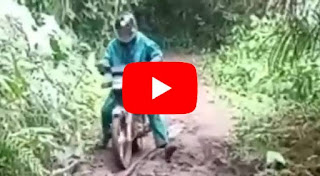 The testimonies below come from our indigenous missionary bases. These bases are strategically located in the midst of resistant, unreached tribes. In the regions of our bases are towns that have never had churches. In the midst of these strongholds, we are seeing salvations. We are baptizing, discipling and starting churches.

From our indigenous missionary team in Sierra Leone:

100% of all donations go to the mission. None is used for administration. Tax-deductible receipts will be sent each January.
Click here to donate online and select "PARTNERSHIP - WORDSOWER AFRICA"
Check Donations:
Please make checks payable to the “Woodside Vision Foundation” designating “Wordsower Africa” on the memo line of the check. Please include your name and address for the receipt, if the information is not already on the check. Mail to:
Woodside Vision Foundation
6600 Rochester Road
Troy Michigan 48085
If you have questions or problems with donations or want to contact me, Kim Smith, then
email me at kimlogansmith1957@gmail.com. I’m also available on the app called Whatsapp, the contact number is +231881344417

Summary of financial report for July: